Letter from Cllr Adrian Gregson in the Worcester News. 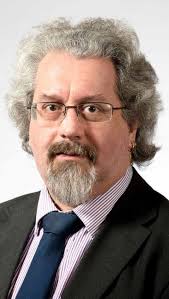 Sir – I would like to record that the City Labour Group maintains the position we held when in control of the Council last year, regarding the swimming pool.

That is, that we support the need for a new pool to replace Sansome Walk, and that this should be a brand new, state of the art 6 lane facility, including learner pool provision and a moveable floor.

Although a majority of Councillors pushed through a decision for an 8 lane pool last week, we believe that the sums do not add up. The ongoing 40-year commitment to an increased taxpayer’s subsidy of nearly £500,000 per year is too high a price to pay for the extra lanes, especially as the pool will be closed to the general public for an increased number of days when competitions are held.

No evidence was presented in the report to councillors of any substantial income as a result of the additional competition days, nor of any ‘swim tourism’ bonus.

Labour spent the last year establishing a plan to cover the £4m funding gap we inherited in June 2013. This additional burden on the taxpayer is completely avoidable. The final decision will be taken by Cabinet based on figures and details we have still not seen, but what we do know is that it can only be afforded through rises in council tax and other cuts to services. Already there are discussions going on behind the scenes about more privatisation of services and the Government has promised more cuts after the General Election!

This tick-box approach to local manifesto pledges by the new Tory Council will rebound on the pockets of ordinary taxpayers in the City.