A borough constituency represented in the House of Commons of the Parliament of the United Kingdom. Since 1885 it has elected one Member of Parliament (MP) by the first past the post system of election; from 1295 to 1885 it elected two MPs. 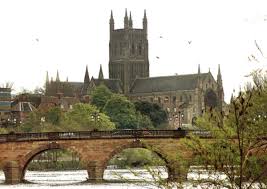 A Conservative seat for many years, Worcester was represented by the high-profile Conservative cabinet minister Peter Walker for three decades, from a by-election in 1961 until he stood down in 1992. Peter Luff (also Conservative) held the seat until 1997, when he moved to the redrawn Mid Worcestershire constituency.

Michael Foster of the Labour Party took the seat in the 1997 general election. This can be put down to a combination of Labour’s landslide victory nationally, but also to the fact that boundary changes meant the constituency was now solely an urban area, rather than also containing much of the surrounding countryside.

The last Labour candidate to contest the seat, in December 2019, was Lynn Denham.

Prior to this, Joy Squires narrowly lost out to the Conservatives while taking 43.2% of the total vote in the 2017 General Election.

Many political commentators and journalists look on Worcester as having the demographic statistics which most closely mirror those in the United Kingdom as a whole. As such the term “Worcester woman” has come into use as a description for a typical swing voter.

The councillors’ surgery at the Guildhall every Saturday morning where people could go for help and advice has  been suspended until further notice, due to COVID-19.