Worcester for Sale under the Tories? Parks and Play Areas to be privatised 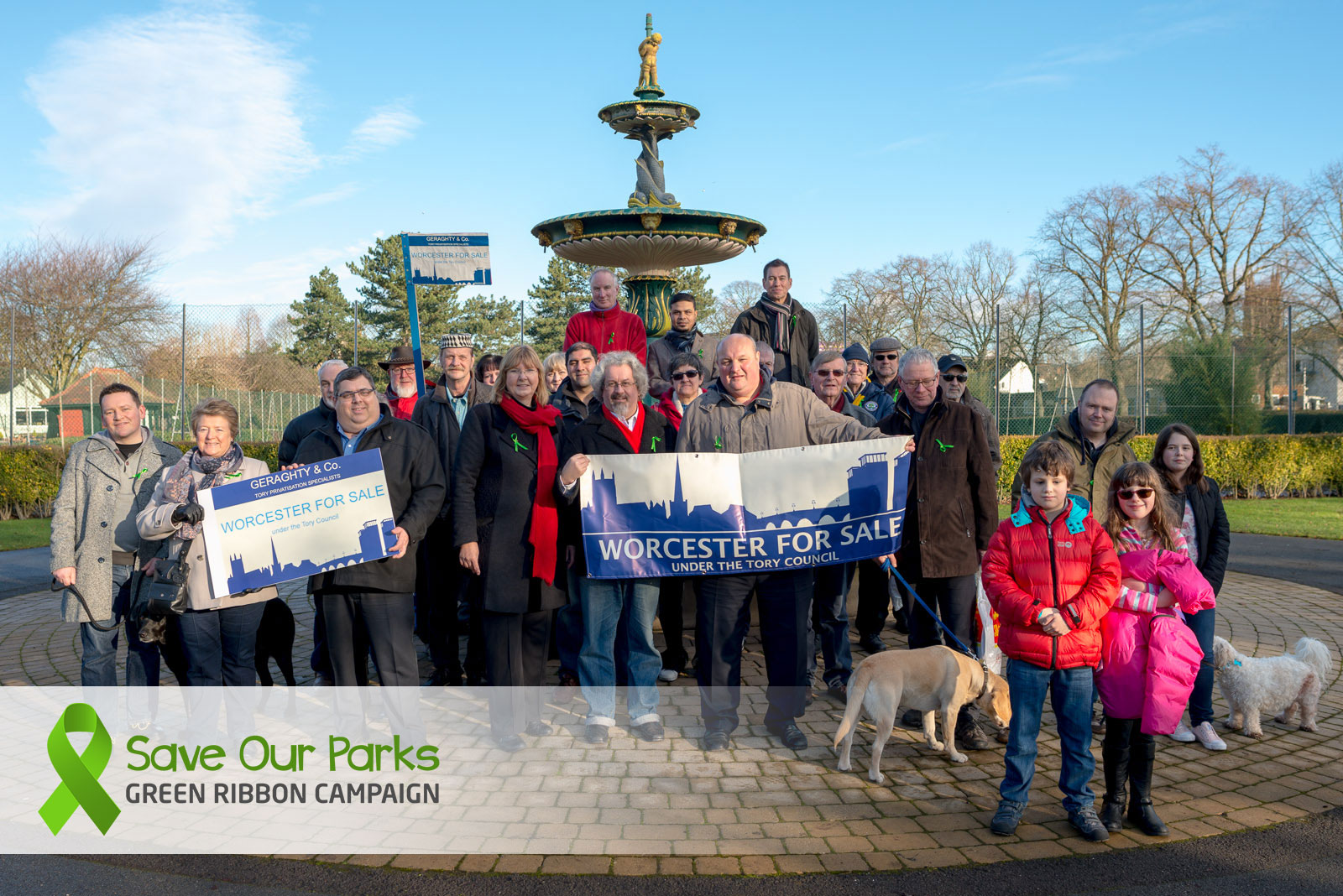 Labour Parliamentary Candidate Cllr Joy Squires and Worcester’s Labour Councillors have launched a campaign to ‘Save Our Parks’ after the Conservative City Council published plans to put the running of Worcester’s parks and play areas in the hands of a private company.

Cllr Joy Squires and Labour councillors are asking Worcester residents and visitors to show their love for the city’s parks by joining the Green Ribbon Campaign and signing the ‘Save Our Parks’ petition. The petition can be found at http://www.worcesterlabour.org.uk/cityparks

Labour’s parliamentary candidate for Worcester Cllr Joy Squires said:” I am asking Worcester residents for their help because only public pressure can save our parks. Please help by signing the petition and wearing a Green Ribbon to celebrate our beautiful and historic parks and to show that Worcester people believe this to be a privatisation too far.”

Labour Group Leader Cllr Adrian Gregson said:” Our parks are essential publicly owned spaces. Previous generations have helped to create beautiful parks for the people of our city to enjoy. They should not be hived off and run for private profit. Parks should be provided by the local council for the benefit of the people of Worcester. Our message is simple: Worcester is not for sale.”

Labour believes other options should be considered and will support plans to mutualise the parks and work with local groups of park users to run the parks, with ownership retained by Worcester City Council. This would put power and responsibility into the hands of Worcester people and not private profit into the bank accounts of shareholders -; which is what will happen under the Tory City Council.