Speaking at Conference in the Communities debate 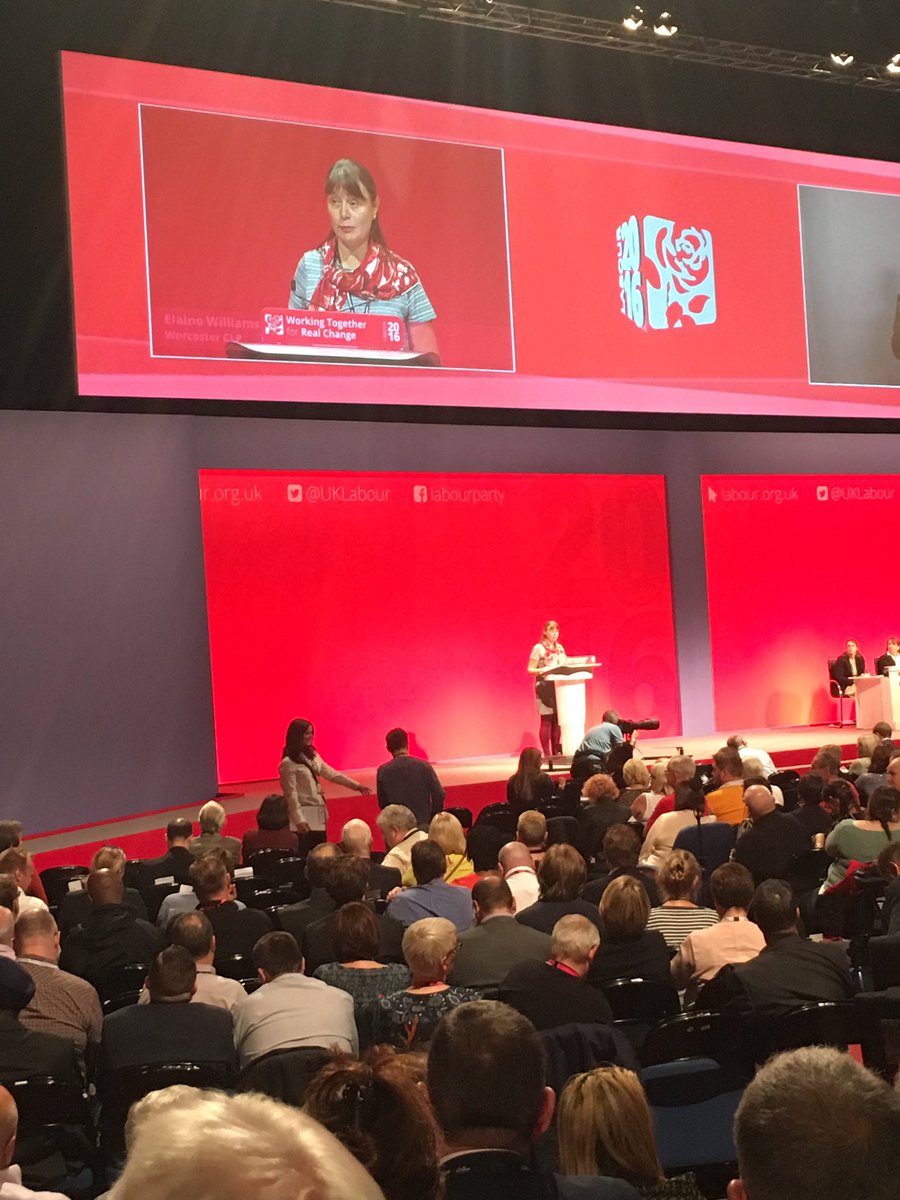 As Conference delegate I was fortunate to be called to speak in the Communities debate. As delegate I was prepared to speak but it is not guaranteed. I spoke about a subject close to my heart and one we are working on now we are the controlling group in Worcester City, the Housing crisis and in support of Labour’s policy document on Housing. The text is below, though I did add at the end that we will campaign for a Labour government neither old nor new just LABOUR!

I speak to you today on behalf of Worcester CLP, Worcester which as many of you know is one of the 100 key marginals we must win to take power for the millions of people in our country who desperately need a Labour government. We made real progress this year by holding off UKIP and taking control of the city council from the Tories. It is a real honour to have been elected to Worcester City Council this year.

Worcester is a Fantastic place and I’m proud to call it home, but like all parts of our country there are problems that only a Labour government will fix. Like many of our towns and cities there are people who are struggling to get by and those who just about get by but worry about how their children will earn a living in an uncertain world. One of the biggest worries is housing, or to put it better the lack of housing.

In my city the waiting list for social housing is over 2000, thousands of people are living in the private rented sector – unable to buy a home but stuck in short term contracts with ever rising rents and no security of tenure. This brutal Tory government’s myopic obsession with home ownership at the expense of all else is making this situation worse.  In Worcester Labour’s policies on housing are about securing the links with Housing Associations enabling the building of more social housing. Though it is going to become increasingly difficult for residents of rented housing when the unfair Pay to Stay policy of this government is implemented.

The Labour Party needs to develop innovative solutions to tackle the housing crisis head on, yes, of course, we need to build more council homes – as Labour councils across the country are doing. But to win in Worcester we need a broader offer to win people back to voting Labour. In Worcester we are working to tackle rogue landlords, landlords are being made responsible to provide homes for rent of a decent standard and maintain them at that standard. Recently Worcester City Council successfully prosecuted the irresponsible owners of a Worcester home illegally rented to students and they were ordered to pay out £3,800 after being taken to court.

At a time of acute housing shortage we need to crack down on empty properties, last year over a thousand properties were found to be unoccupied in Worcester with 500 of them empty for over six months. This does not make sense when we have 2000 people on our waiting list, we must utilise any powers we have to use properties that could be decent homes but sit idle and decaying. We need to build more homes to help people onto the housing ladder, by forming these policies we can show that we understand people’s desire to have a home of their own – whether they buy or rent.

In London Sadiq Khan is leading the way in tackling the excesses of the private rented sector,  his new London Living Rent where rents are pegged to a third of local take home pay will help thousands of people who don’t qualify for social housing but who are priced out of buying a home. By applying this type of radical approach across the country we can show people in places like Worcester that we are on their side, standing up for them.

But, we can only continue to do this if we beat the Tories and if we win. All of us need to pull together, we need to get out there and campaign, we need to listen to what ordinary people tell us they are worried about, and we need to have the policies that meet those concerns. Only by listening and being an outward facing party have we any chance of beating the Tories and helping the millions of people who desperately need a Labour government.